Immediate past Champions League holders Bayern Munich showed why they are one of the favourites to win the competition with a dominant display away to Barcelona in a Group E clashas the group stage campaign began on Tuesday. The two teams met for the first time since Barcelona suffered a monumental collapse in their Champions League quarterfinal clash during the 2019/20 season. Bayern Munich would go on to win the Champions League title by beating French Ligue 1 giants Paris Saint Germain (PSG) 1-0 in the final courtesy the second half header from France national team winger Kingsley Coman. 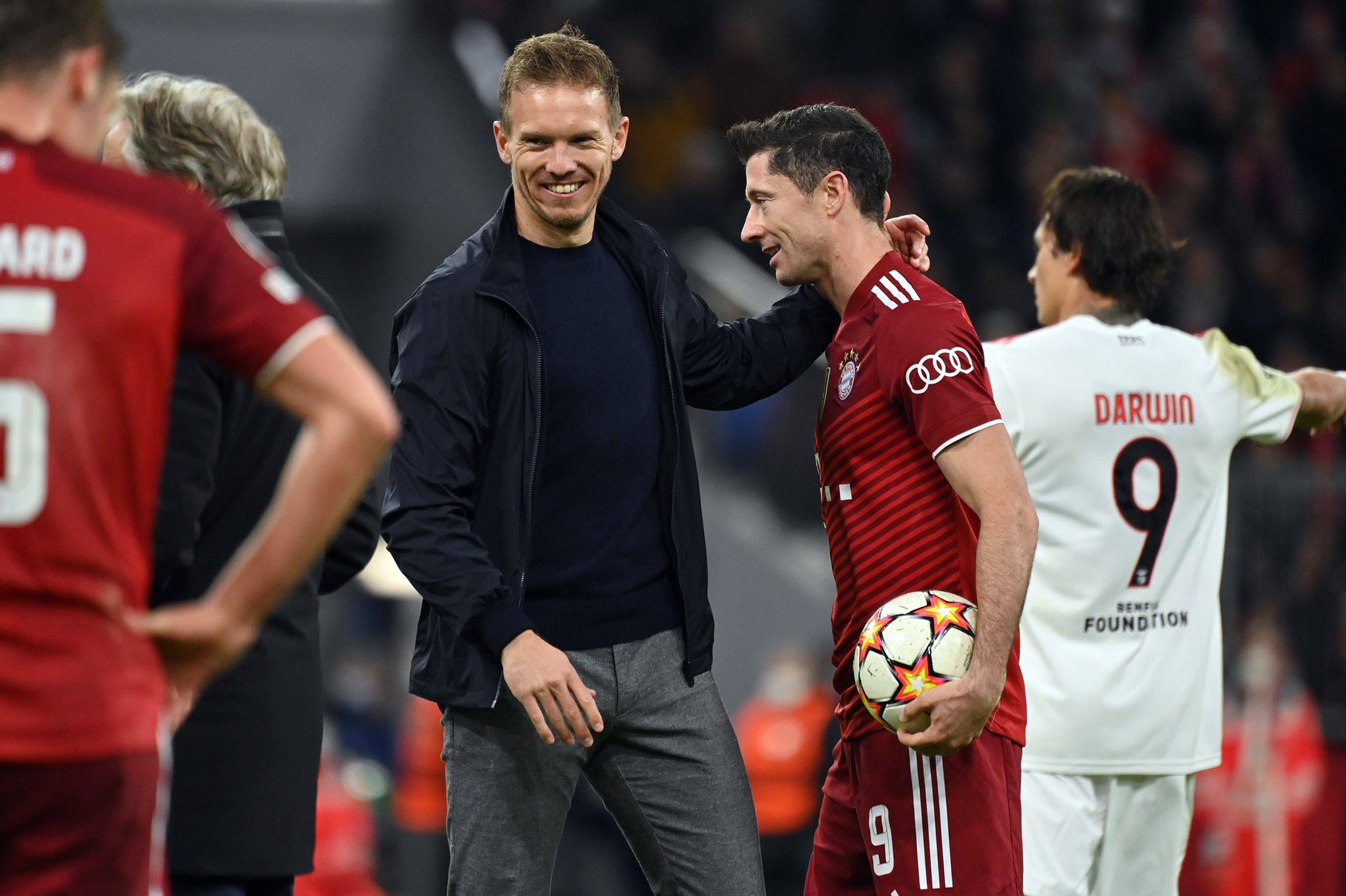 Bayern Munich have a new manager this season with Julian Nagelsmann in charge of the first team and in his first Champions League game, he led the Bavarian giants to a 3-0 win at the expense of host team Barcelona.After a rocky preseason, Nagelsmann has began to find his feet as the new Bayern Munich boss.

German international Thomas Mueller has a very good record against Barcelona and he continued that record in the latest Champions League meeting with the opening goal in the first half. His strike gave the Bavarian giants a first half lead as he took his goal tally to seven against Barcelona. No one has more goals than Mueller against the Catalan giants in the history of the Champions League.

Polish international Robert Lewandowski has scored more goals than any player in all competitions since the start of the 2019/20 season and he added a second half brace to make it a comprehensive beating for the home team. He added a second goal on 56 minutes before his brace was sealed five minutes from time.

Barcelona offered little upfront throughout the game and Bayern were good value for the big win. To this effect, manager Ronald Koeman has his work cut out if his team is to make a big impact this season without the great Lionel Messi. The post-Messi era in the Champions League certainly didn't start well with the defeat to Bayern. Messi is scheduled to make his PSG debut at Belgian team Club Brugge on Wednesday having moved to the French club on a free transfer this summer after the Catalans were unable to re-sign him.

Ukrainian champions Dynamo Kyiv and Benfica played out a goalless draw in the other game in Group E.