Arsenal are in dire need of a world class striker if they are to stand any chance of winning the Premier League title this season. The Gunners have been linked with a move for Karim Benzema throughout the summer and the Frenchman is the kind of player that Arsene Wenger's side need if they are to compete at the top level.

Benzema is one of the best strikers on the planet and, although some have questioned his ability to play in the Premier League, the 27-year-old is certainly talented and would suit Arsenal's quick, attacking style of play.

Traditionally, Wenger has taken a fancy to French footballers and it wouldn't be a huge surprise to see the Gunners submit a formal bid for the striker in the coming weeks.

However, one problem may be the price. According to reports, Arsenal are refusing to meet Real Madrid’s valuation of the striker. In the modern era, a football club must be willing to spend if they are to sign the best players - that's common knowledge. Benzema is one of those players that will guarantee goals and is well worth the money, no matter what the fee is. 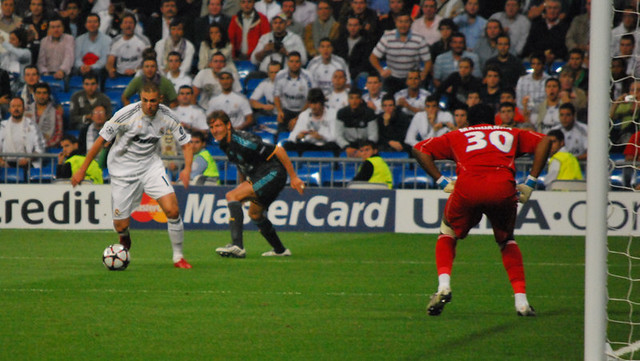 At the time of writing, betfair price Arsenal at 9/2 in the Premier League betting markets but those odds could be slashed if the Real Madrid forward moves to the Emirates Stadium before September. Benzema's arrival would not only improve Arsenal's side on paper, but would increase confidence and competition within the squad - which should drive players to improve on a weekly basis.

While a deal still looks far from complete, there is definitely interest there and Wenger will be keen to secure Benzema's signature as soon as possible. With tricky fixtures coming up in the next few months, the Frenchman could be the difference in key matches and, most importantly, the title race. If Arsenal meet Real Madrid's valuation, a deal is very much on and the Gunners will be primed for a shot at their first Premier League title since 2004.