According to a report by Spanish publication SPORT, as relayed by Sport Witness, the transfer saga involving Barcelona, Chelsea, and Pierre-Emerick Aubameyang might be in the endgame. The Blues have lodged their final offer, worth €20 million, to prise the Catalan club’s star striker. Pierre-Emerick Aubameyang’s career has been on a rollercoaster ride in the last twelve months. The 33-year-old’s form faltered in the first half of the 2021/22 season before Mikel Arteta banished him from the Arsenal squad. He subsequently left Arsenal as a free agent in January before joining Barcelona. 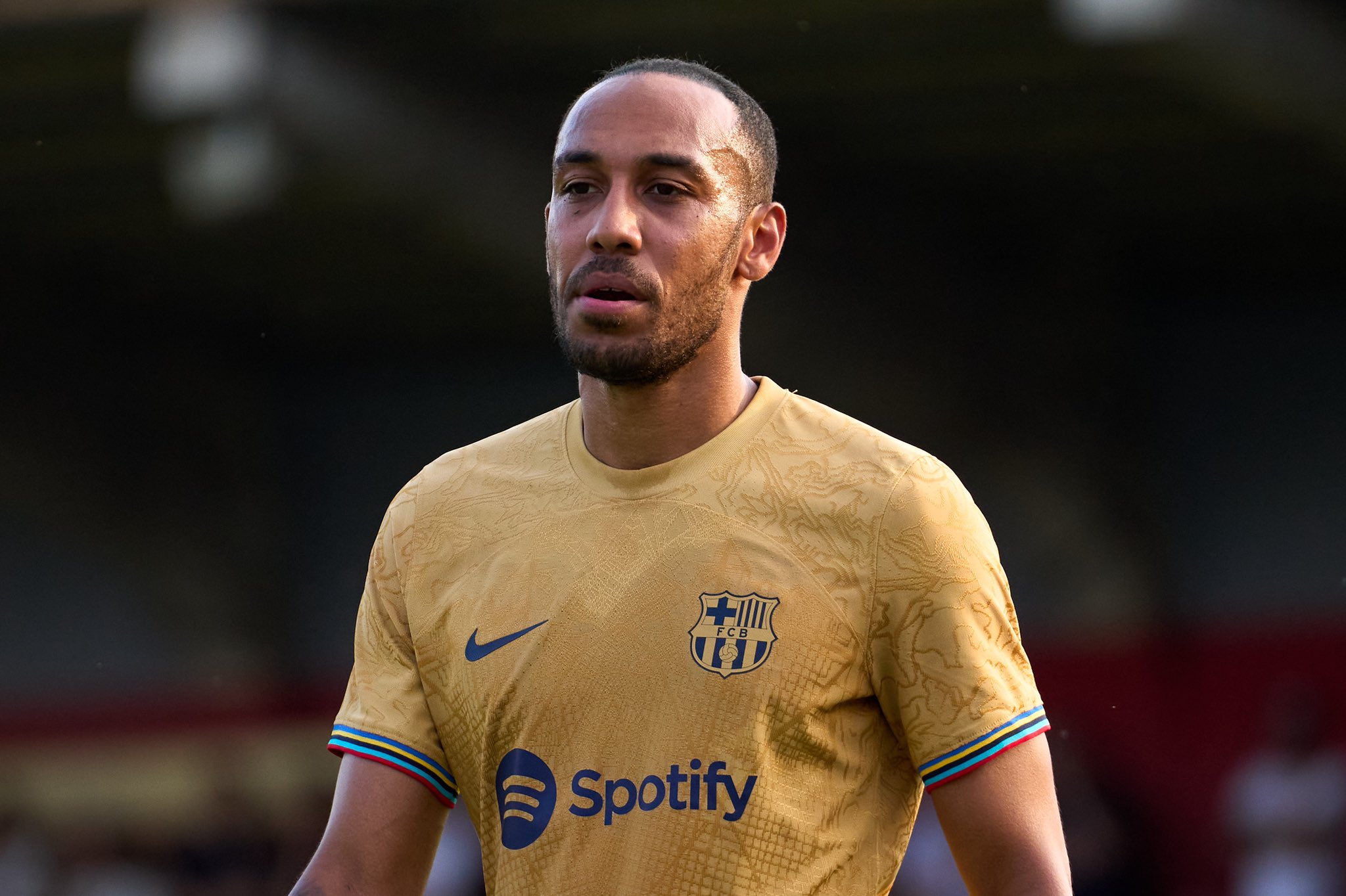 Aubameyang was on a tear in the second half of the 2021/22 season, finishing the campaign as Barcelona’s joint top scorer, despite playing only 23 games. But the Gabonese striker has fallen down the pecking order following Robert Lewandowski’s arrival this summer. And his situation at FC Barcelona has captured the attention of Chelsea.
While Aubameyang initially seemed reluctant to join Chelsea, his stance has changed considerably in the last couple of weeks, enabling the Blues to close in on signing the Barcelona striker. And with Thomas Tuchel desperate to bring in a prolific striker, Aubameyang has emerged as a viable option for the Chelsea boss.

Tuchel has previously worked with Aubameyang at Borussia Dortmund, and the Chelsea manager is keen to reunite with the Barcelona striker at Stamford Bridge. Tuchel’s eagerness is a byproduct of Chelsea’s decision to sell Timo Werner to RB Leipzig and loan Romelu Lukaku back to Inter Milan.
Recent reports have claimed that the former Arsenal captain is on the verge of joining Chelsea. And according to SPORT, the Blues have tabled their final bid, worth €20 million, to Barcelona, with the Blaugrana considering the offer as they look to balance their books and register Jules Kounde.