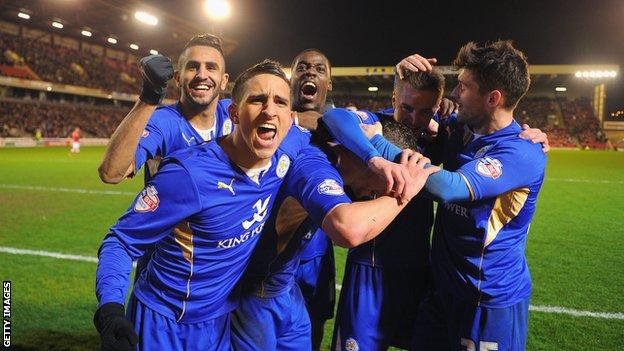 The champions’ Thai owners are planning to open contract negotiations with most of their players later this month when celebrations wear off a little. During their recent title celebration round the city, nearly all of the city dwellers (reportedly 240,000 ecstatic fans) came out to celebrate with the champions of England.

Leicester stars are set to slap in huge new contract demands for £100,000-a-week deals following their shock title success. The owners will be shocked to learn many are aiming for weekly six-figure sums with the club into the Champions League and likely to bank up to £200million next season. Jamie Vardy is currently the club’s top earner on £80,000-a-week after penning a new contract until 2019 in February. Many team-mates believe the striker committed himself too early as there are now greater riches in sight having won the title ahead of the new £5.1billion TV deal kicking in.

Most of City’s stars currently pick up £30,000-£40,000-a-week but intend to ask raises of more than 100 per cent. It could be a challenge to Foxes vice-chairman Vichai Srivaddhanaprabha to placate them all in line with Financial Fair Play rules. The Foxes recruitment guru Steve Walsh, meanwhile, has started lining up bids for transfer targets to bolster their squad. Targets include Crystal Palace attacking ace Yannick Bolasie amongst others as they begin to prepare for their title defense going into next season.