WHO SHOULD BE UNITED'S FIRST-CHOICE GOALKEEPER? 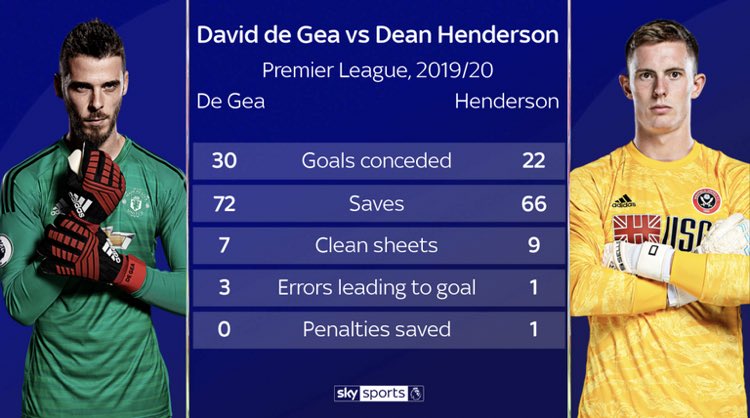 Although he endured a tough start in his first few months at the club, he evolved to be one of the best goalkeepers in the game. He is also currently the player to have won the most Manchester United Player of The Year Award and that explains just how much impact he has made at the club in the last couple of years.
However, in recent years, he has not been at his personal best and has come under criticism as a result. Last season, he committed a couple of errors that led to goals and also conceded goals that he would save on his day. His poor form caused a lot of talks and speculation about his long-term future at Old Trafford and he became pressured to improve his game as a result.

During all of that period, while manager Olé Gunnar Solksjær was always backing his goalkeeper in front of the media, a certain Dean Henderson was making a name for himself at Sheffield United. On loan from United to Bramall Lane, Henderson has now become an outstanding asset to the Red Devils.

The English goalkeeper made a promise to work hard and earn his spot as the first-choice both for United and the England national team and he continued to put in excellent performances. He was called back from his loan spell at Sheffield and has since been used as the first option in Premier League matches while De Gea has been used in the Europa League. Solksjær may have finally decided Henderson is his preferred option over De Gea.